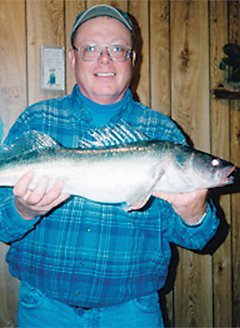 Funeral services for John S. Walz, 78, of Estherville, will be held at 10:30 a.m., Friday, February 25, 2022, at Estherville Lutheran Church with Pastor Tim Johnson officiating. Interment will be at East Side Cemetery, Estherville. John passed away on Saturday, February 19, 2022, at Avera Holy Family Hospital in Estherville. Visitation will be from 5-7 p.m., Thursday, February, 24, 2022, at the Henry-Olson Funeral Home in Estherville.
John Sherman Walz, son of Carl William and Rose V. (Elwood) Walz was born October 2, 1943, in Estherville, Iowa at the Park View Clinic. The following Sunday, John received the gift of Holy Baptism at the United Methodist Church in Estherville and became an heir of Christ. In 1952, John was confirmed in the Christian Faith at the United Methodist Church in Estherville and there was fed the life giving body and blood of Jesus Christ. He received his education from the Estherville Public Schools graduating from EHS in 1961.
On November 4, 1962, John and Carolyn Lee Knutson, the daughter of Irvin and Opal Knutson of Dolliver, Iowa, were joined together in the union of Holy matrimony at Palestine Lutheran Church near Dolliver, Iowa. From this union, John was blessed with one son.
John graduated from Iowa Lakes Community College and the International University of Kansas City, Missouri with a degree in Health Care Administration. He graduated from both institutions Suma Cum Laude. He was a member of Who’s Who in American Colleges and Universities. In 1993, John was the recipient of the Jim Hall outstanding ILCC Alumni Award.
John worked for John Morrell and Company for 19 years. After the operations left Estherville, he became a Nursing Home Administrator in Cherokee and Correctionville, Iowa. He later became County Administrator of Cerro Gordo County in Mason City, Iowa. In March of 1988, he became employed for ECHO PLUS, Inc. of Estherville and Spirit Lake as the Residential Director. After working 24 years with ECHO PLUS, John retired to enjoy another segment of his life.
John served the Lord as a Sunday School teacher, usher, lector, confirmation instructor and communion assistant.
John enjoyed fishing, spending time with his wife, following the Detroit Lions, Tigers, and Pistons, ILCC college basketball, rescuing homeless animals and finding homes for them, going to 50’s and 60’s Rock N’ Roll concerts, especially listening to The Senders and going for rides in his Corvette.
John was a member of the following organizations: Estherville Lutheran Church, ILCC Century Club Member, ILCC Alumni Assn. member and former board member, ILCC Health Care Advisory Board (former board member), ILCC Rehabilitation Advisory Board member, Friends of the Estherville Public Library, Friends of ECHO PLUS (founder and board member), Iowans for Better Fisheries, United States Fishing Assn., Inc- Team Walleye, Fishing Club of America, Walleye International, North American Fishing Club, Iowa Walleye Tournament Trail Assn. (former member for 9 years).
John is survived by his wife, Carolyn Walz; his son, John Walz Jr (fiancée Stephanie Wheatley).; three grandchildren, Morgan (Tommy) Babcock, JP Walz and Wesley Walz; his sister-in-law, Patricia Madden-Gerding; as well as many nieces and nephews, and other extended family and friends.
He was preceded in death by his parents, grandparents, Aunt Mabel Carr, daughter-in-law, Joy, brother-in-law Paul Madden, one half sister and two half brothers.
In lieu of flowers, John’s family suggests memorials to the Estherville Lutheran Church, Joy of Life Foundation, Emmet County Humane Society, Humane Society of Northwest Iowa or ILCC Athletics.
Online condolences may be left for John’s family at HenryOlsonFuneral.com