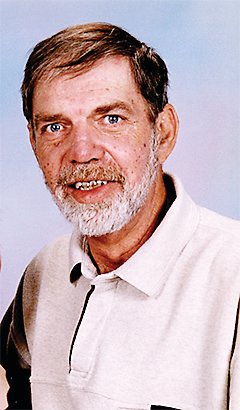 Gary Lee Burmood, 77, passed away on February 17, 2022, at Avera Holy Family Hospital in Estherville, IA. Gary was born in Columbus, NE, on March 1, 1944. He was active in Golden Gloves boxing, trapping and helping his Dad in the fur business, showing different birds in the Platte County Fair, going to the lake cabin at Lyman Richey and painting wildlife scenes. He had fond memories of pitching in the Little League World Series and meeting some of the NY Yankees. He was active with baseball, football and track in High School. He could be seen driving around town in his silver ’57 Chevy Bel-Air and hanging out with fellow Kingsmen Car Club members. On June 17, 1962, he was married to Linda Burke, from Stromsburg, NE. They enjoyed a honeymoon trip to the World’s Fair in Seattle, WA and made their way to Santa Monica, CA, living there for about a year. They traveled back to Columbus, NE, where he helped run a fur buying business with his uncle, Russ Burmood. He was blessed with two children, Jodi and Ron, while in Columbus. He enjoyed shooting trap, bowling, and storytelling with everyone. Gary worked for Gambles Tempo store and took a promotion into management and moved to Worthington, MN. He then transferred to Sioux Falls, SD, where he was the sporting good and automotive manager for many years. He had the gift of talking and even won a company trip to the Bahamas with his wife, Linda. When the Tempo stores closed nationwide, he moved to Estherville, IA and traveled as a management trainer for the Red Owl Stores until his retirement. He enjoyed going to the HS Class Reunions, connecting with old friends and re-living some childhood memories.
Gary was blessed with two grandchildren, Zachary Burmood and Emilee Wolf. He enjoyed many fun memories with his grandkids. He enjoyed coaching numerous baseball teams in Sioux Falls and Estherville throughout the years. He could be found fishing and hunting on regular occasions. Being in retail his whole life, he loved searching for deals and could be found shopping at numerous stores to catch a good deal. He often purchased items he didn’t need, but felt others would enjoy and gave a lot of these items away to friends and family over the years. He really enjoyed videotaping the memories. Gary could be seen driving around in his classic Dodge Chargers, and more recently in his Saleen Mustang convertible. He lived life to the fullest and enjoyed all that life had to offer and made the most out of each situation. He truly cherished all of the friendships that developed along the way and tried his best to provide advice to those in need.
Left to cherish his memory are his loving wife of 59 years, Linda, currently residing in Sioux Falls, SD; his son, Ron (Jill) Burmood of Harrisburg, SD; grandson, Zach Burmood of Harrisburg, SD; son-in-law, Phil Wolf of New River, AZ; granddaughter, Emilee Wolf of New River, AZ; his sister, Judy (Tom) Lukassen of Pleasant Prairie, WI; brother-in-law, Ron (Kate) Burke of Visalia, CA; sister-in-law, Jackie Burmood of Westminster, CO; and other beloved relatives and friends.
He was preceded in death by his daughter, Jodi Lynn Wolf; his brothers, Lee R. (Sonny)Burmood and Robert D. Burmood, his parents Lee C. and Ferne (Price) Burmood, parents-in-law, Earl and Alice (Myers) Burke, grandparents, uncles and aunts.
A celebration of life for Gary will be held at Estherville Lutheran Church, Estherville, IA, on Saturday, April 9. A short memorial service will be held at Roselawn Cemetery, Columbus, NE, on Saturday, July 2. Additional information can be found at henryolsonfuneral.com