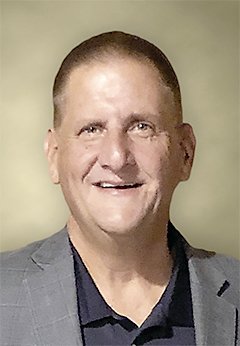 David LeRoy Strohman passed peacefully into eternity to be with his Lord and Savior Jesus Christ on Wednesday, February 16, 2022, at his home in Estherville.

David was born February 3, 1965, in Algona, Iowa. He was the son of LeRoy and Lois (Wilson) Strohman. In high school he was active in multiple sports. He particularly excelled at wrestling. He was a member of the 1980 State Championship Wrestling Team that was later inducted into the Algona Community Schools Wall of Fame. In 1983, he was the 2A 145 lbs. individual champion. After high school David attended both the University of Iowa and the University of Missouri.

David was an astute businessman and entrepreneur. He won multiple national awards for business success and was renowned for his ability to turn around a failing enterprise.

David was kindhearted and his generosity was particularly unique. He helped many people in a multitude of ways and the impact of his kindness will be sorely missed.

David was preceded in death by his mother, Lois Strohman.

Memorials can be made in David’s name to the Avera Hospice of Estherville or to Cross Centered Missions of Pierre, SD. Arrangements are being handled by Oakcrest Funeral Services of Algona. Condolences may be left at www.oakcrestfuneralservices.com.