Until Then poignant, inspiring 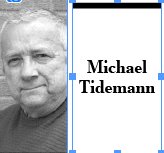 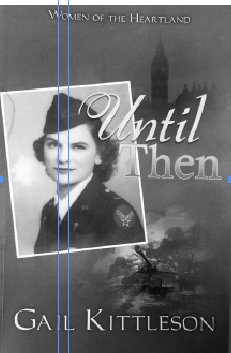 Despite an abundance of World War II novels and nonfiction over the past several years, one novel stands out in its depiction of soldiers and civilians.

Until Then by Gail Kittleson of St. Ansgard, Iowa, tells the separate yet slightly merging stories of two main characters – Dorothy Woebbeking, a Waterloo, Iowa, Army nurse, and Rupert Laudner, a British constable. Kittleson’s Woebbeking character is inspired by real-life Army nurse Dorothy Worst, whose photo appears on the cover, and who lived just down the street from the Sullivan brothers.

While we may wonder about the connection between the two main characters, that comes at the end when Woebbeking tends to a dying soldier who hands her his late wife’s hankie – probably one of the most touching points of the novel.

Woebbeking and Laudner have several differences. He’s older, a World War I veteran, while she’s a young nurse, learning about life as she hones her skills in combat zones in North Africa, Sicily, Italy, France and Germany. Laudner has a family, while Woebbeking is just beginning to think about starting hers.

Their similarities come in their shared experiences of losing someone – a family member in Laudner’s case and someone close in Woebbeking’s.

Kittleson’s extensive research paints a realistic background that draws us into a world of multi-dimensioned characters. We feel their pain and anguish and admire their incredible sacrifices.

Kittleson’s description of Woebbeking tending to a soldier’s last moments is absolutely heart-rending.

Her patient’s breathing stopped, so she checked his heartbeat. Nothing. She eased a sheet up and made the sign of the cross on his forehead.

“I commend your soul to God. May you rest in peace.” She lifted his dog tag, but his name swam in blood.

Eventually his family would receive his simple metal ID, along with the contents of his pockets and what he carried in his knapsack. In some American kitchen, his mother would hold this cold tag to her heart and call out his name. Long before his effects reached her, somebody would have cleaned it up.

Turning toward the fresh influx of wounded, Dorothy focused on the first GI she came to. Not that she left the other one behind – not in her heart.

Kittleson’s descriptions of the daily terror Londoners faced from V-2 rockets is spine-tingling. She places us with them in the bunkers, wondering if this could be their last moment of life.

This novel is a great contribution to World War II-era literature.

Father's Day Message from the Mayor