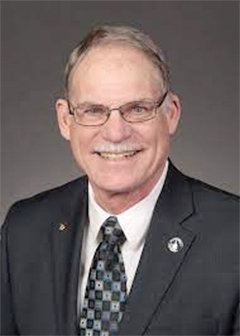 The second week of the legislative session was shortened by Martin Luther King Day. However, we hit the ground running on Tuesday with a full agenda of subcommittees.
In a subcommittee, the public gets to see a bill and give their input. A bill must be available to the public at least 24 hours before a subcommittee is held. Subcommittees are made up of two majority members and one minority member. Anyone may come and comment on the bill, either in person or via zoom. During this time we hear from all parties and may accept the potential bill as is, recommend amendments, or reject it entirely. I have been impressed with how often this process brings out great ideas and improves a bill.
Once approved in subcommittee, a bill moves to full committee. There a larger group of legislators reviews the bill and considers any amendments. The public can be present, but is not allowed to speak during full committee. Their input has to come through their elected representatives.
If a bill is passed in committee, it moves to a list of bills that may be debated on the floor by all senators. The majority party will poll its members to see if there are at least 26 votes to pass a bill. Very few bills come to floor debate that will not ultimately pass. The bill must then go through the entire process again in the other chamber before being sent to the governor for signature into law.
Some of the issues I have dealt with recently include: screenings by audiologists and speech pathologists in school, liability protection for state employees during an emergency, and the structure of the Council on Homelessness. Between meetings we senators work on our own ideas for bills and talk with constituents. As you can see, there is a great diversity of topics that we deal with every day.
Some of those constituents I visited with this week included members of the Civil Air Patrol (CAP). This is a volunteer organization that includes private pilots and ground support. The CAP helps in search and rescue and in gathering aerial photography. After the derecho last year they took thousands of photos the next day and had them all in FEMA’s hands within 20 minutes after landing. The military could provide those photos for about $7000/ hour. The CAP did it for just $150/hour. Members are trained in discipline and emergency response. Many young members improve their chances of being accepted in the Air Force through the service and training provided by CAP.
It is great to see many more people in the Capitol building this year. Government is very much about relationships, and those thrive best in face-to-face interaction.