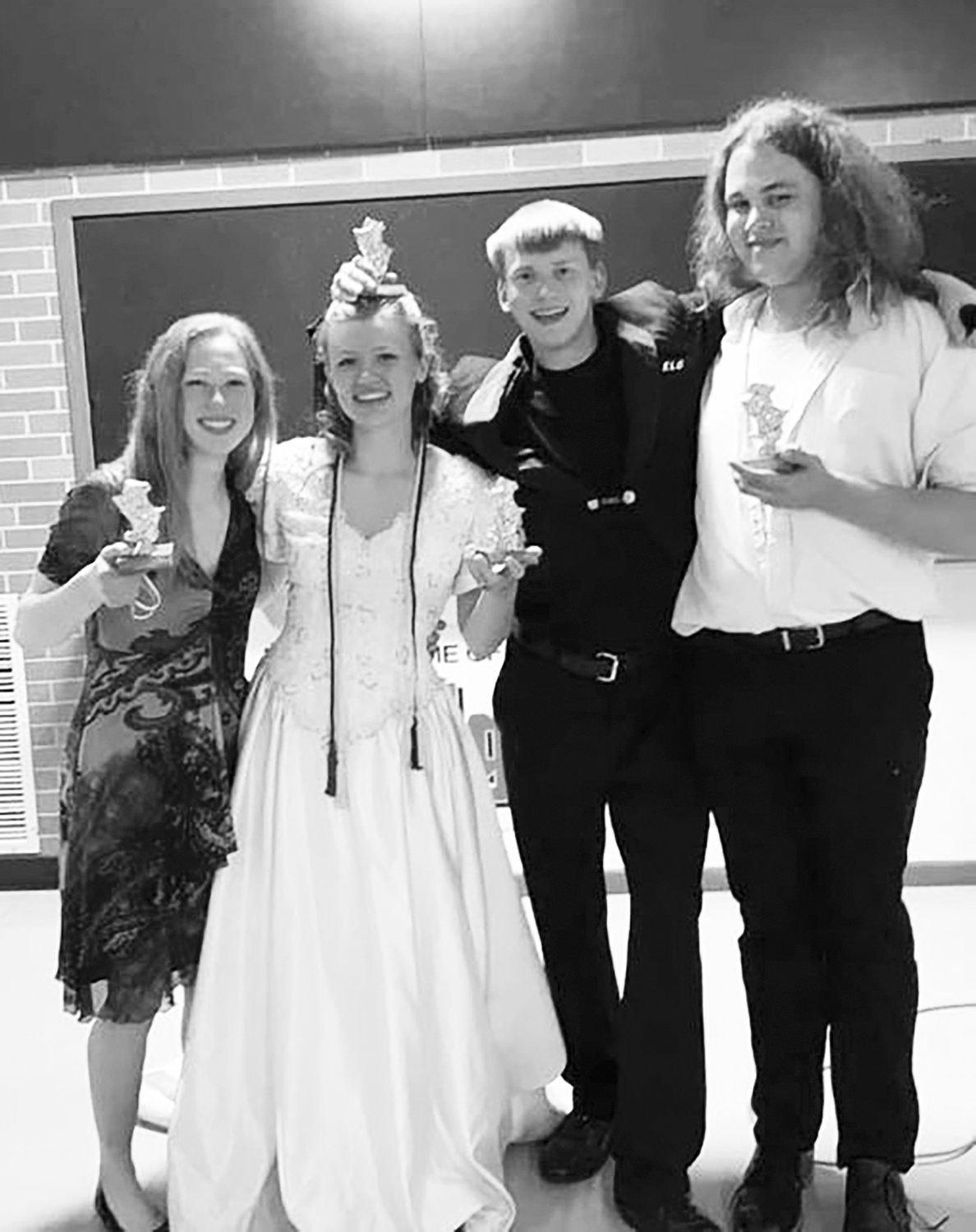 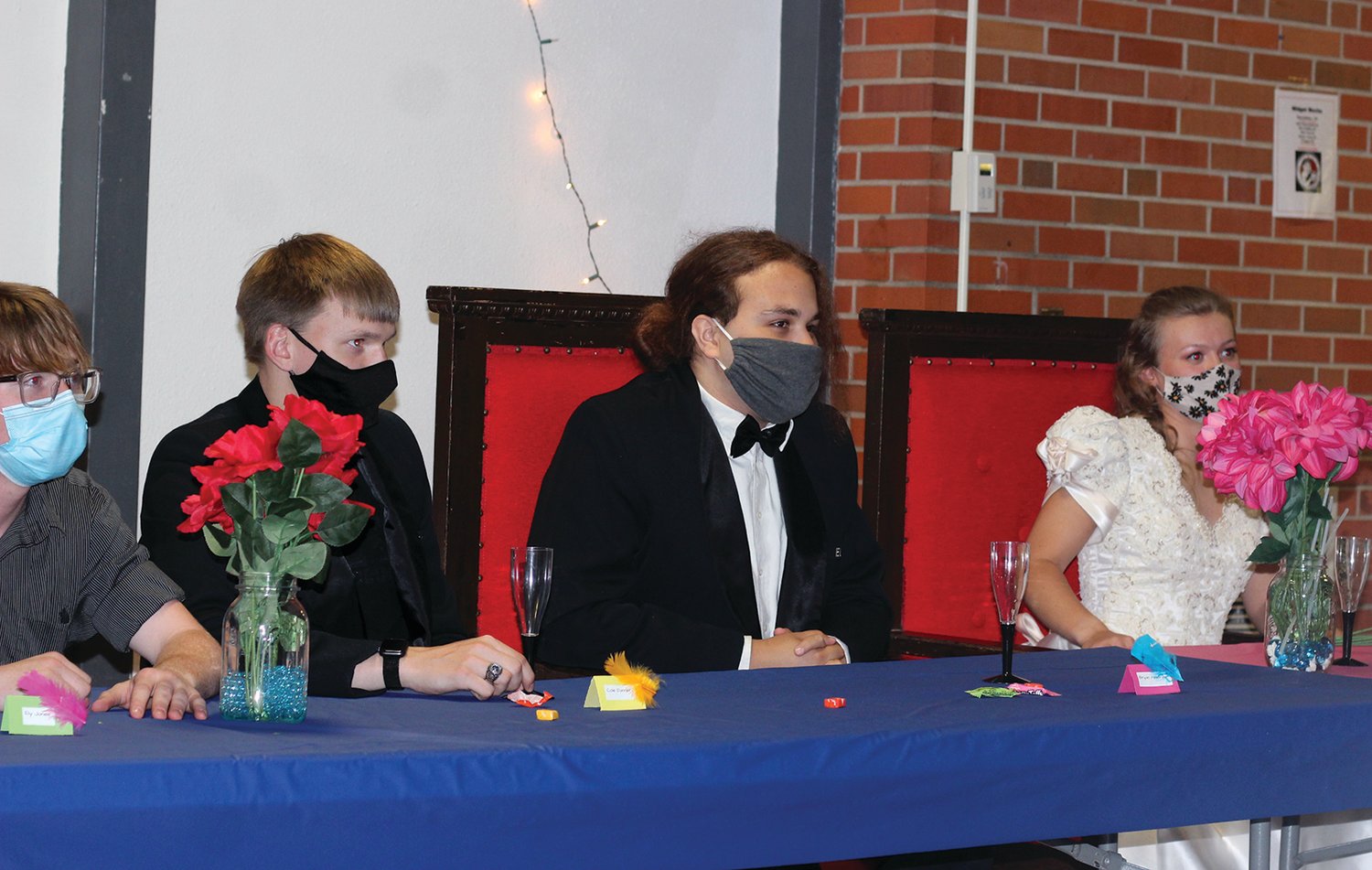 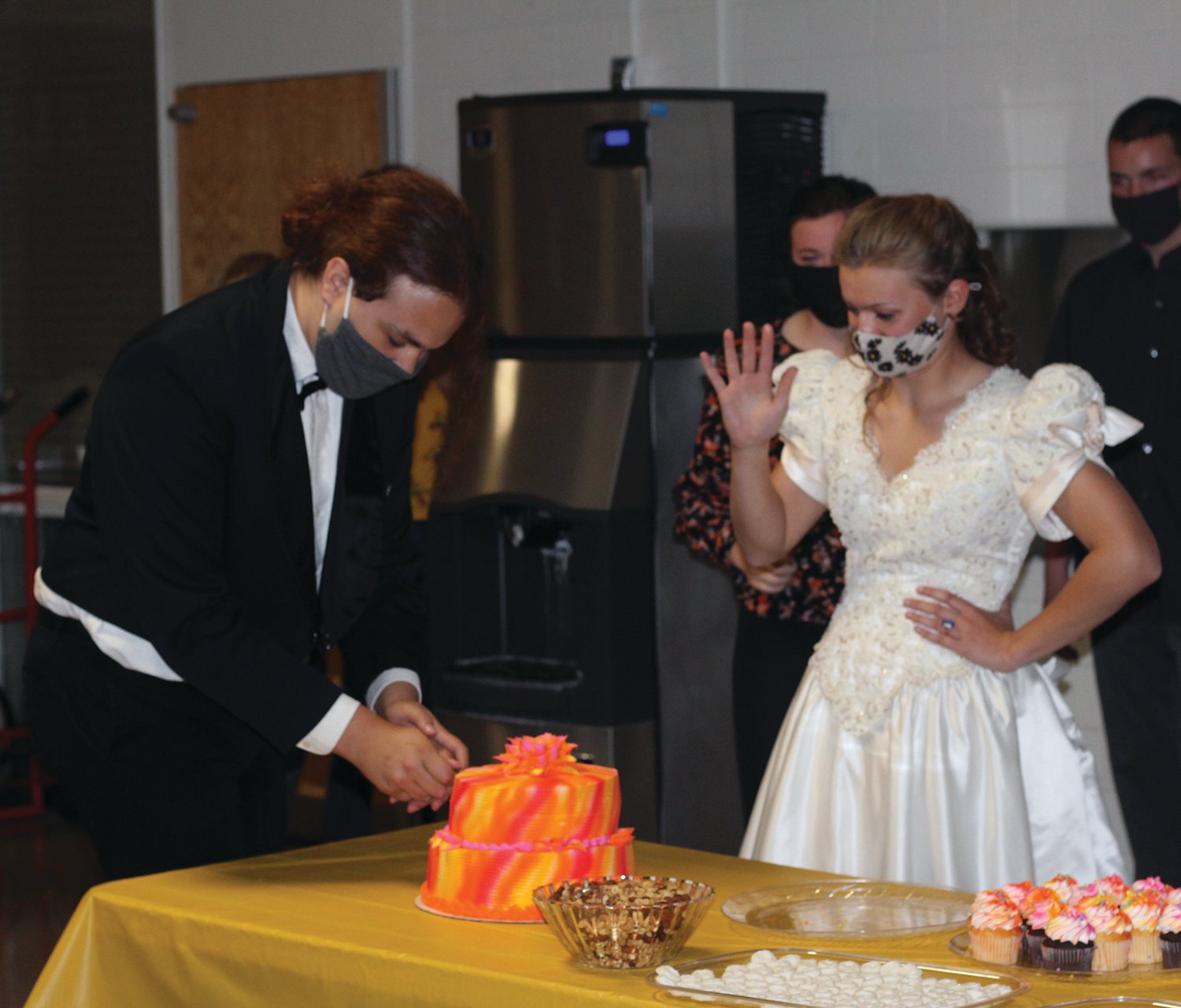 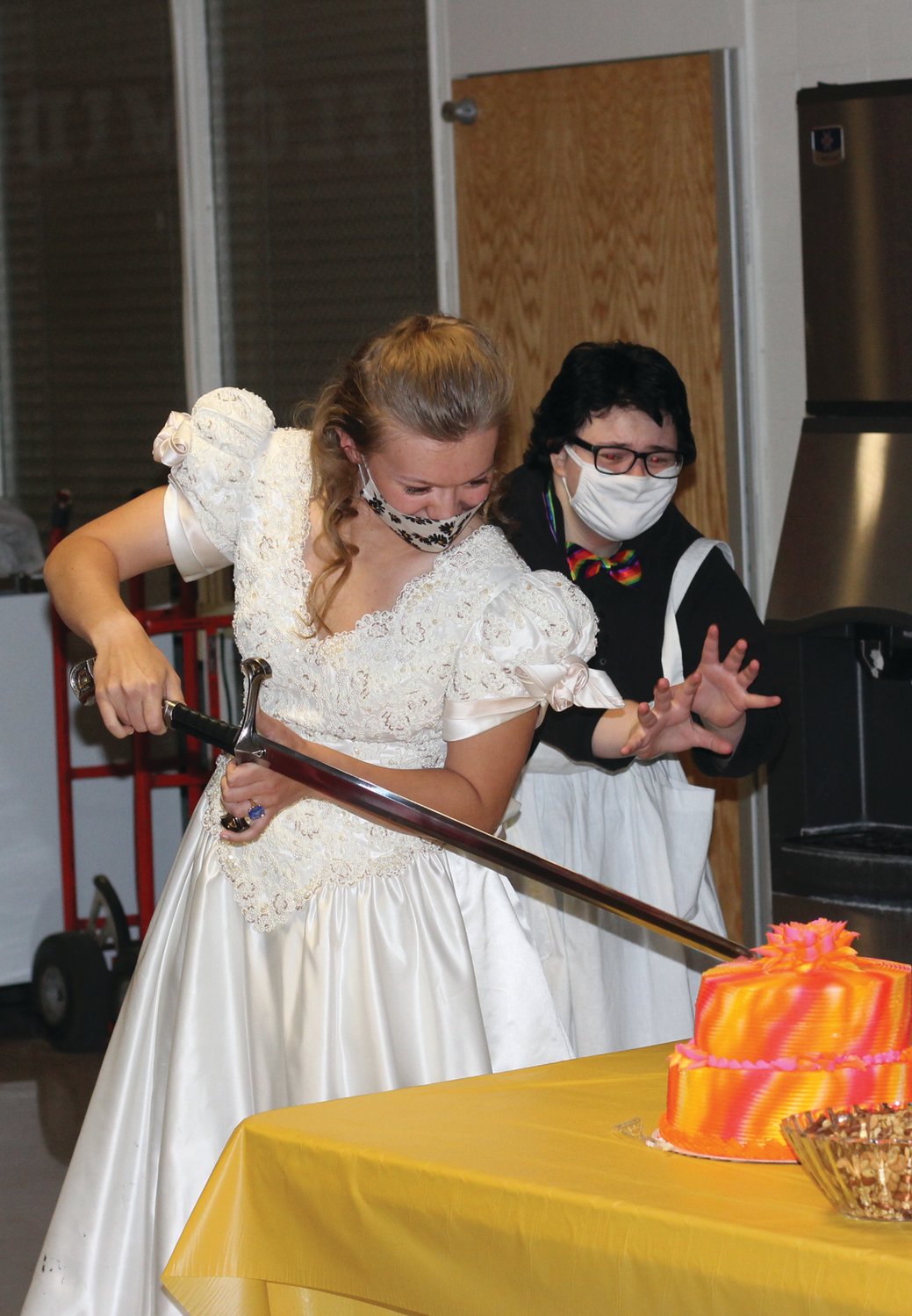 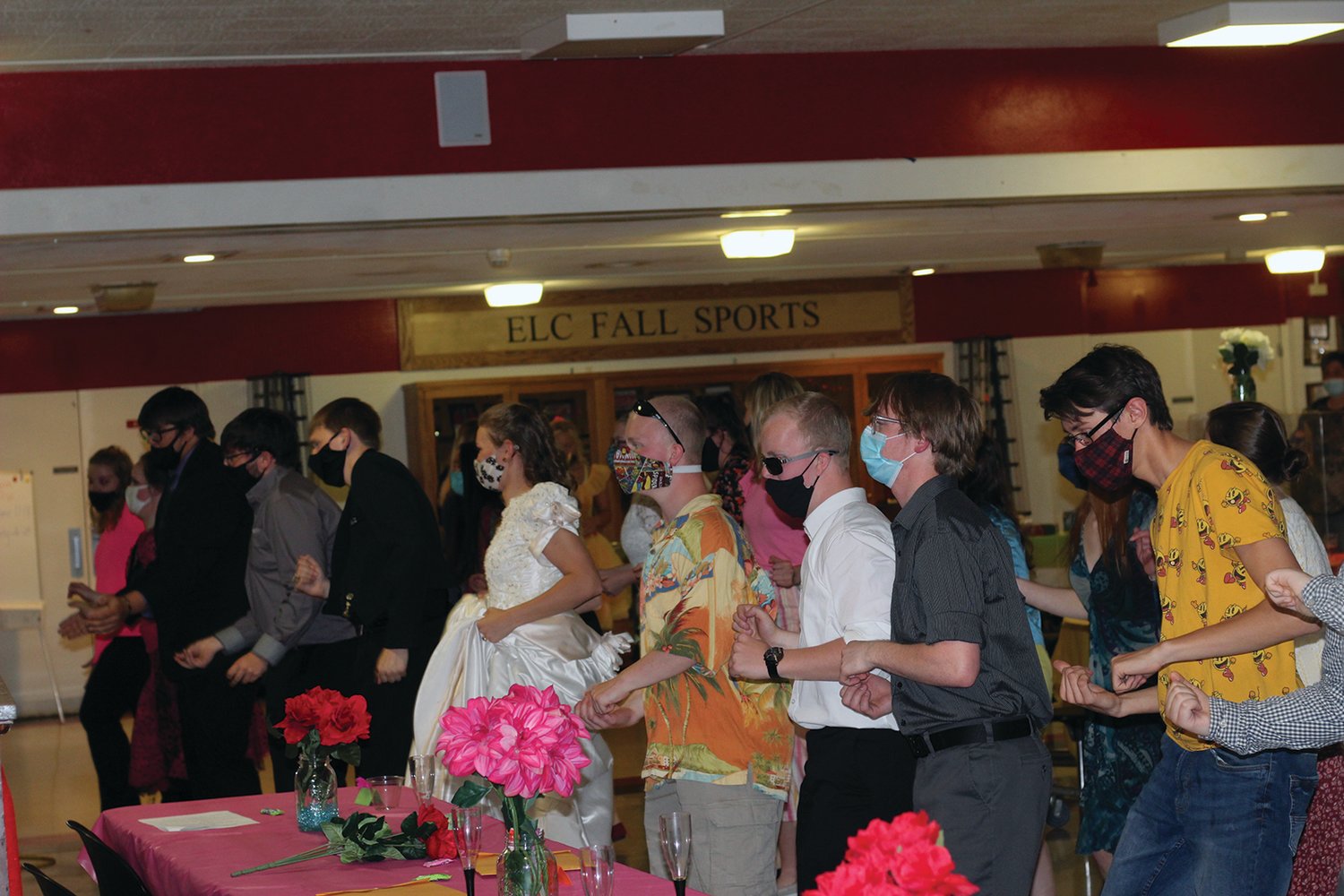 Estherville Lincoln Central Drama Students were given two tickets each to invite loved ones to a wedding murder mystery improvisation performance Saturday in the commons at ELC High School.

The show was called, “Til Death Do Us Part.” Guests were invited into the wedding reception, complete with punch, cake, a head table, and decorations. A wedding party came in and the celebration of the wedding of Emma Ross and Bryan Peterson commenced. With Elliot Palmer as baker, Peterson finds his tool slightly insufficient to cut the wedding cake, causing the bride, Ross, to bring in a longsword. Allie Irwin, Cole Danner, Saige Hengeveld, Ely Jones, Maggie Domek and Jaden Templin in the wedding party, and Ceasar Diaz as a lost soul officiant, all goes relatively well at first. Then a guest, Grace Johnson has been murdered and another guest, Adrienne Rosfjord, is arrested by officer Caleb Lausen. After the entire party caps off the reception dancing to a snippet of YMCA, directors Desiree Welty and Jean Herrick handed out drama letters to those who’d earned them, and at the late performance, senior awars.