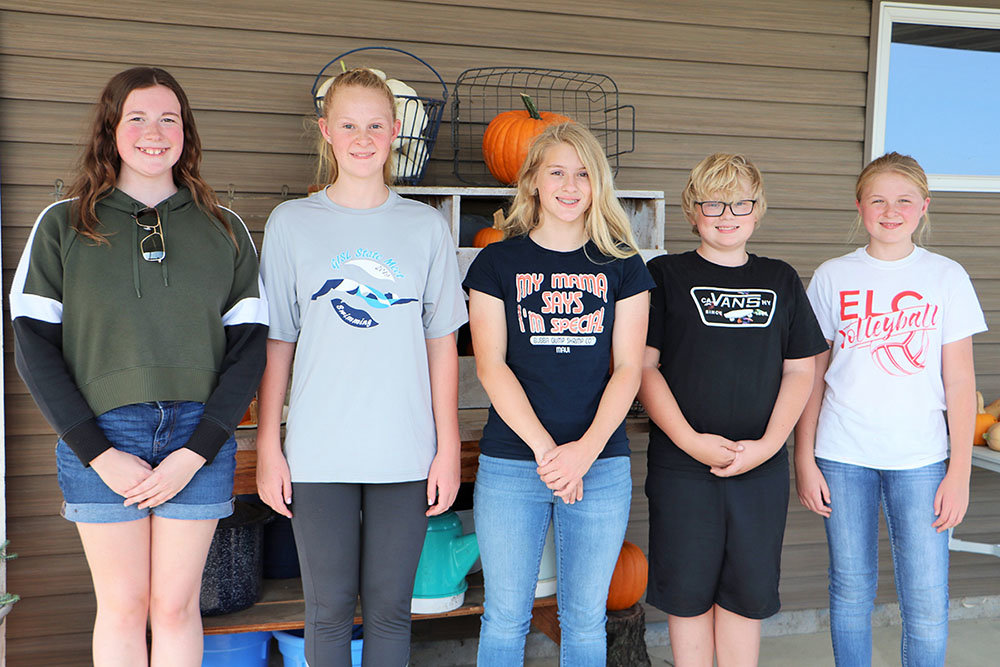 The Twelve Mile Lakers 4-H Club held its first meeting of the year on Sept. 13, 2020. With beautiful weather, the club members were able to meet at the Ross home and conduct their meeting outside while enjoying the sunshine and fresh air. Seventeen members were present to answer the roll call question “What do you like about being back in school?” The number one answer was “getting to see and be with their friends.”

Twelve Mile Lakers welcomed new member Ka’Mya White. After roll call, each member was given the opportunity to share their accomplishments from this year’s fair. Club officers were selected. Kaitlyn Pollock was elected President and Emily Paulson was elected Vice-President. Quimby Ross will continue as secretary, Eli Ross will continue as treasurer and Hanna Paulson will be the reporter for another year. With no candidates for historian, the club decided to have each family take one month and complete a page for the history book. There was discussion about the upcoming 4-H week and doing window painting. It was announced that the awards program will look different this year. There will be no carnival. It was decided to move the club meeting up one week in October due to 4-H week. The plan is for that meeting to be held outdoors as well. The meeting was adjourned and treats were provided by the Ross Family. Following the meeting, the club members did a recreational outdoor activity.