Passing the 1,000-point milestone at ELC 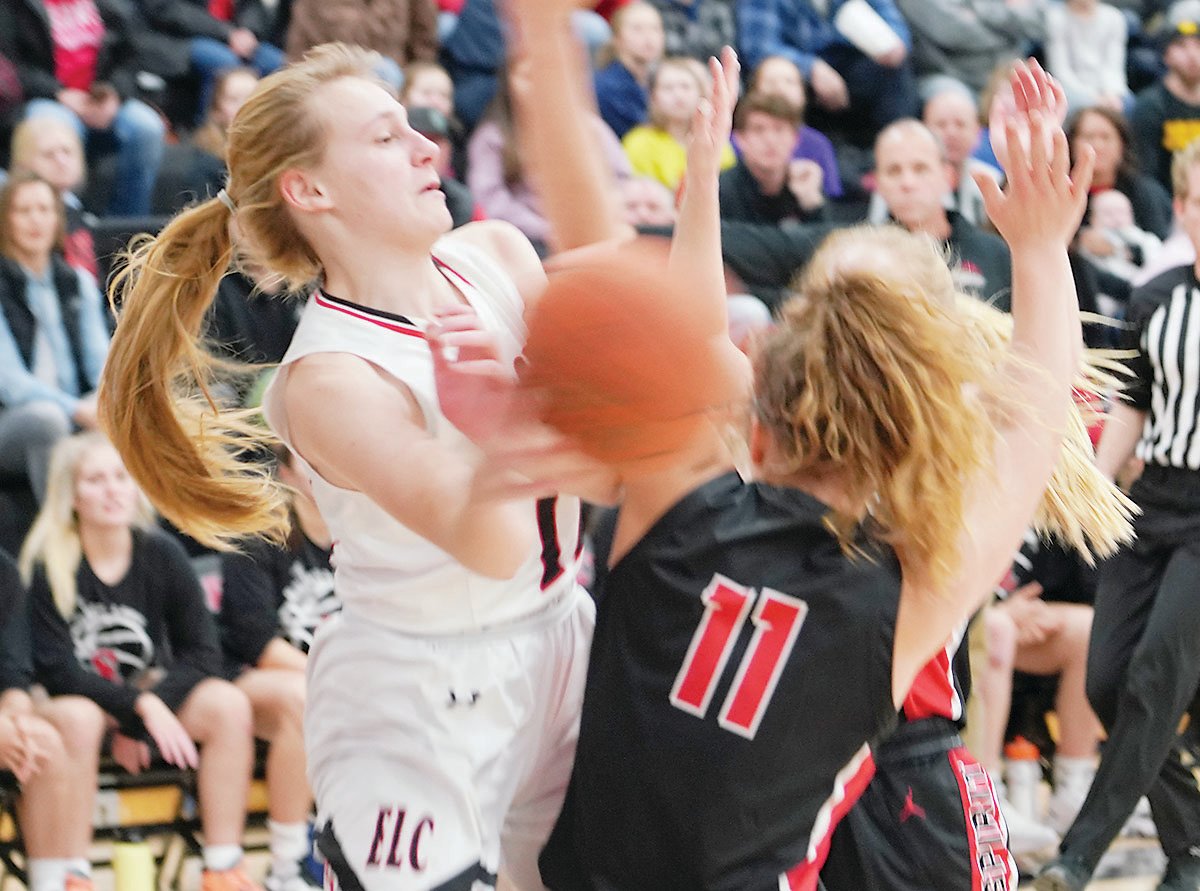 ELC senior Kaitlyn Tendal is 74 points away for having scored 1,000 points in her career. Look for her to reach the milestone in the New Year. Photo by David Swartz
Posted Friday, December 31, 2021 12:00 am
ELC 5-player girls career scoring leaders

In an upcoming edition, the Estherville News will feature Jaydan Nitchals. The Estherville Lincoln Central senior recently became the fourth player in the five-player girls’ basketball era in Iowa to reach 1,000 points.
Before we do that, here is a look at the 1000-point basketball scorers who came before her.
Holding the school scoring record in the five-player era is Allie Sievert. Playing from 2009-13, Sievert scored 1,265 points during her career. She happened to pass Christa Clayton for the school scoring record on the same night that teammate Emily Kirchner hit the 1,000-point plateau. That night was Jan. 29, 2013.
Clayton, who played from 2004-08, finished her career with 1,158 points. Kirchner currently sits in third place with 1,104 career points. Clayton stills holds the record for most points in a season with 408 during her senior year.
Through the first half of the season, Nitchals has 1,037 career points. Her teammate and fellow senior Kaitlyn Tendal currently has 926 career points and should reach the 1,000-point milestone in January. Tendal came up big in wins over Cherokee and Newell-Fonda this season. She currently holds the school record for most points in a game with 34.
Six-player records
Looking back in time at the six-player girls basketball era, eight Estherville players surpassed the 1,000-point total.
Kim Howard (1978) leads all scorers with 2,686 career points. Megan Robinson (1990) is second with 1,790 followed by Diane Nauss (1982) with 1,651, Mel Howard (1989) with 1,456, Brenda Bixby (1987) with 1,326, Janice DeMoss (1991) with 1,281, Brenda Arment (1982) with 1,248, and Diana Meyer (1985) with 1,166.

Warriors struggle against No. 7 Bulldogs