Parks & Rec pulls back on budget 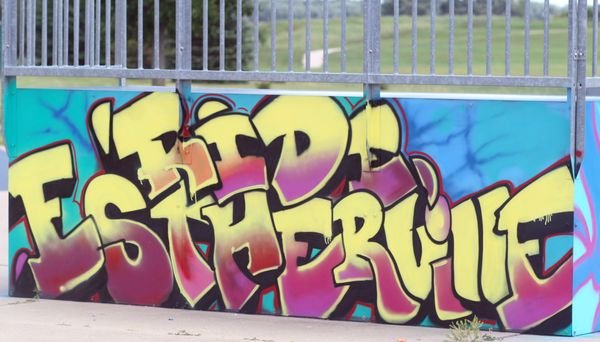 After a marathon, four-hour session on specifications for the new municipal pool Thursday evening, the Estherville Parks & Rec board plowed straight ahead at its regular meeting Monday night into budget talks for the 2020-2021 fiscal year, which will begin July 1, 2020.

Among the priorities for the upcoming year: $5,000 for resurfacing the Lincoln Park playground; removing the shelter at Wayne King Park and filling its footprint with pea gravel to expand the play area. When asked what he would like to see at his namesake park, Parks & Recreation chair Wayne King said, "Whatever it takes."

The shelter at Joe Hoye Park was considered for a new roof and wood supports on the roof. City administrator Penny Clayton said the beam supports to the ground were stable, but the supports to the roof should be replaced along with the roof.

Clayton said, "Given the needs of all the parks, it may take quite a while to save up for another shelter."

The tennis court at Spurgin Park is in need of a new surface soon. Clayton said, "The crew did a terrific job of crack filling on that surface. The high school tennis program uses the court without cost, and there is some use by the public as well as the city's junior tennis lessons in the summer."

The city also paints off pickleball courts for use in the summer, Clayton said.

Because the high school uses the tennis court without cost for its program, Clayton said she would speak with Estherville Lincoln Central superintendent Tara Paul about matching some of the funding for the tennis court resurfacing.

North Joe Hoye Park has been allotted $3,000 for a small shelter with $1,500 coming from Craig Neppl as a memorial to his parents. Near the first circle drive in the park, Neppl proposed a bench or table under a small shelter overlooking the East Fork of the Des Moines River.

Clayton said the city has also ordered signs from Iowa Prison Industries for the parks that don't have them to be installed in the spring.

Parks foreman Roger Hash said the Parks Department has been working out of a small, tin shed that may be close to 100 years old that has no heat and no bathroom, leaving the department no space to work in the off season. The shed is not weather tight. The city has identified a possible existing building for the Parks Department to use instead of the old shed. Information about that building is embargoed until an accepted offer has been inked.

Laurel Hash pointed out, "We will have a fancy new pool before the end of the new fiscal year."

Wayne King said, "We cannot emphasize enough that the pool will not be paid for by new taxes at all."

The board also discussed concessions for the pool with the goal of determining the equipment and supplies needed for the concession booth. Nachos, ice cream novelties, freeze pops, soda pop and Gatorade were all on the list of possible goodies to be consumed in the shaded picnic areas.

The board described plans for the pool house at the former municipal pool site. The structure, built in the mid-1980s, would become a shelter with an indoor room including large windows and a fireplace for a fall or spring gathering and an open space for summer gatherings, both open to look over the river.

The large pool area will be demolished and separate play areas put up, one for children aged two to five and one with a challenge course and zip line toward the river meant for older children.

The baby pool will become a sandpark. Clayton said, "We will leave the fencing so it doesn't become a giant wildlife litter box."

The next meeting of the Estherville Parks & Recreation Board is Monday, Jan. 13 at 5:30 p.m. in the council chambers of city hall.