May moves in as mayor 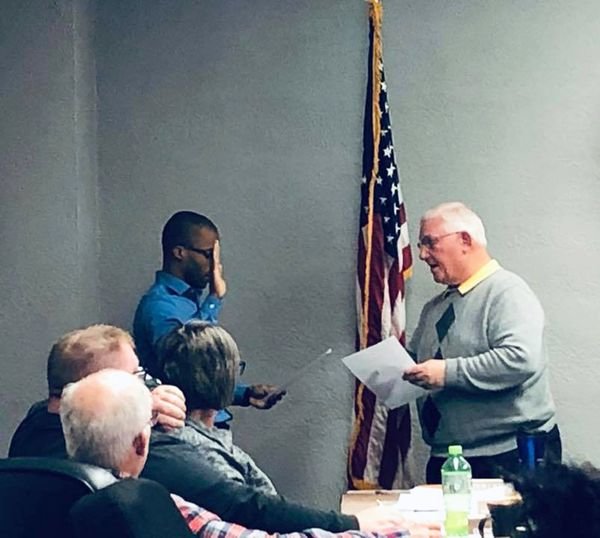 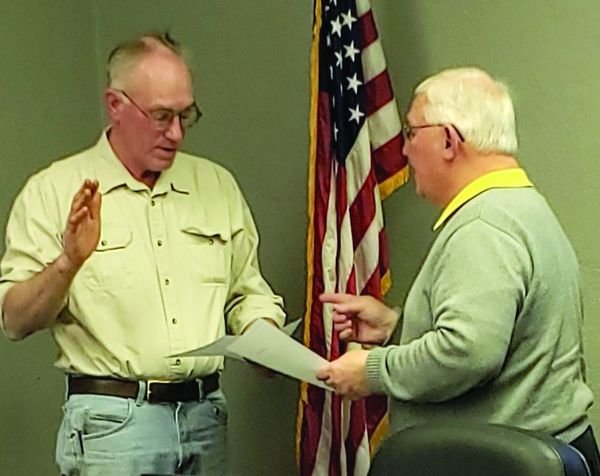 Joseph M. May is Estherville's new mayor as of Monday night. May prevailed in a runoff election earlier this month. Outgoing mayor Kenny Billings delivered the oath of office to May, to Roy Gage, the newly elected council member for Ward 5, and to incumbent council members Gary Heckard and Gene Haukoos.

The council also approved a development agreement with Chelsey and Derek Smith, who opened a daycare Monday in the A Child's World building on the west side of Estherville. The agreement, according to city administrator Penny Clayton, is a four-year forgivable loan for $10,000 with 25 percent of the funds released to the Smiths each of the four years.

The council also accepted a bid of $177,000 from Mid States Builders of Spencer for the Central Ave. Bridge project and authorized Forsyth Law Office to go forward with a Minimum Housing Code Violation at 220 West First Ave. S.

Kiley Miller with Iowa Lakes Corridor presented the Corridor's case for increased funding from the city of Estherville.

"Based on past performance, we believe our business expansion and attraction effort could yield 900 direct jobs by the end of the fifth year," Miller said.

The payroll from these jobs would be more than $39 million annually with several million more dollars filtering indirectly into the market from indirect job growth.

Miller said the collaboration with Estherville Area Partnership for Growth has recent success with the entrepreneurship program averaging 10 business starts each year.

The next meeting of the Estherville City Council will be Monday, Jan. 6, 2020 in the council chambers of city hall.