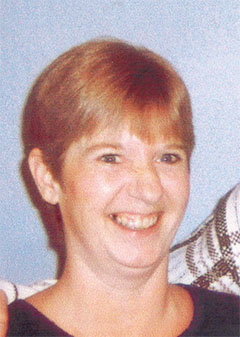 Visitation will be one hour prior to the service on Thursday at the funeral home.

She received her education in the South Clay Schools.

On November 4, 1978, she was united in marriage to Timothy King in Dickens, Iowa. The couple made their home in Estherville where they began raising their family. Along with being a wife and mom, Julie was employed outside the home as a waitress in various restaurants and then as a dietary aide at Good Samaritan Nursing Home in Estherville for 13 years. In her leisure time Julie enjoyed reading so much that one time during a blizzard after she read the books she had, she began to read the telephone book. She also enjoyed cooking, camping, doing crossword puzzles and spending time with family. Tim died December 20, 2005.

She was a member of Wallingford Lutheran Church.