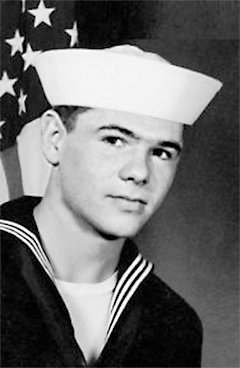 John Joseph Boggess was born January 5, 1948 in Estherville, Iowa the son of Nolan and Lena (Schaper) Boggess. He was one of nine siblings. John died in Winder, Georgia on February 14, 2022, after battling dementia and Parkinson’s. He loved hunting and fishing and being outdoors. John had a cat named Pal that he loved and survives him.
He attended Estherville schools graduating in 1967. He worked as a route man for Pepsi in Estherville for approximately one year. In 1969 John enlisted in the US Navy and served for four years on the nuclear submarine the George C Marshall. Upon discharge, he moved to Ohio and on September 25, 1975, he married Donna Dye in Maumee Ohio. His daughter Amber Lee was born in 1978. His son Matthew John was born in 1982. In 1991, John and Donna were divorced. John worked for 34 years for La Choy/Con Agra in Archbold, Ohio. John retired in 2012.
John moved to Bethlehem, Georgia, in 2016 to be near to his son Matthew and his family. In 2019, his daughter Amber and her husband Jon Stewart moved from Ohio to Winder to help John.
John is survived by his daughter Amber Stewart and her husband Jon of Winder, Amber’s daughter Alexis Hoffman and her son Jacob Shepherd both of Ohio; his son Matthew and his four children, Nolan, Carson, Anthony, and Valerie of Bethlehem, Georgia; his brothers: Larry and his wife Jan of Colorado Springs, CO, George and his wife Linda of Omaha, NE, William of Estherville, Steve and his wife Janeen of Carver, MN; his sisters Mary Ellen Sicard of Estherville, Maureen Haisman of Vinton IA, and Marlene Walthart and her husband Larry of Estherville. He is also survived by numerous nieces, nephews, grand-nieces and grand-nephews.
John was preceded in death by his parents Nolan and Lena and his sister Martha and her husband Ben Haigh and his brother-in-law Garry Sicard.
John wished to be cremated and it is planned to have his cremains interred in St. Patrick’s Cemetery in Estherville, IA at a later date.