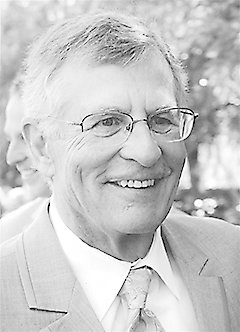 Jay Barklie Johnston passed away peacefully on July 25, 2022, at the age of 79 in his home in Naples, Florida.

Born on March 27, 1943, to the late Heloise and Barklie Johnston, Jay grew up in Estherville and Okoboji, Iowa. Jay graduated from Estherville High School in 1961 and went on to graduate from Dartmouth College in 1965 as well as the Tuck School of Business in 1967.

Jay married the love of his life Kathy Reardon on June 17, 1967, and together they moved to Chicago where their four children were born.

Jay joined Abbott Laboratories in 1975 and had a marvelous career spanning almost 25 years, taking his family around the globe, making stops in Germany and Japan before returning to Chicago in 1992. Jay retired from Abbott in 1999, however, Jay never really did retire. He became a trusted mentor to many. In addition to being a board member of both Avow Hospice in Naples and Luminex Corporation in Austin, Jay joined start-up QuesTek Innovations LLC in Evanston in 2000 as its chairman.

Despite being diagnosed with Parkinson’s Disease in 2014, Jay continued to push himself both mentally and physically to keep the disease at bay.

Jay had many passions, including photography, playing golf as well as socializing and traveling with friends, but his favorite was watching his grandchildren grow and thrive! Jay was always very generous and saw the best in everyone.

Jay was predeceased by his wife Kathy in 2019, married just shy of 53 years. Jay is survived by his four children and their families: Kiki and Brad Hoener and Kailey and Max of Dallas, TX; Betsy and Brett Olson and Brooks and Clay of London, England; JT and Julie Johnston and Jack, Tommy and Reese of Lakeville, MN; and by Brinker and Michele Johnston and Paige, Brier, Grace and Quinn of Wilmette, IL.

A Memorial Mass will be held on Thursday, August 4th at 11:00am at Saints Faith Hope & Charity Church: 191 Linden Street; Winnetka, IL 60093 with a reception to follow at Westmoreland Country Club: 2601 Old Glenview Road; Wilmette, IL 60091.