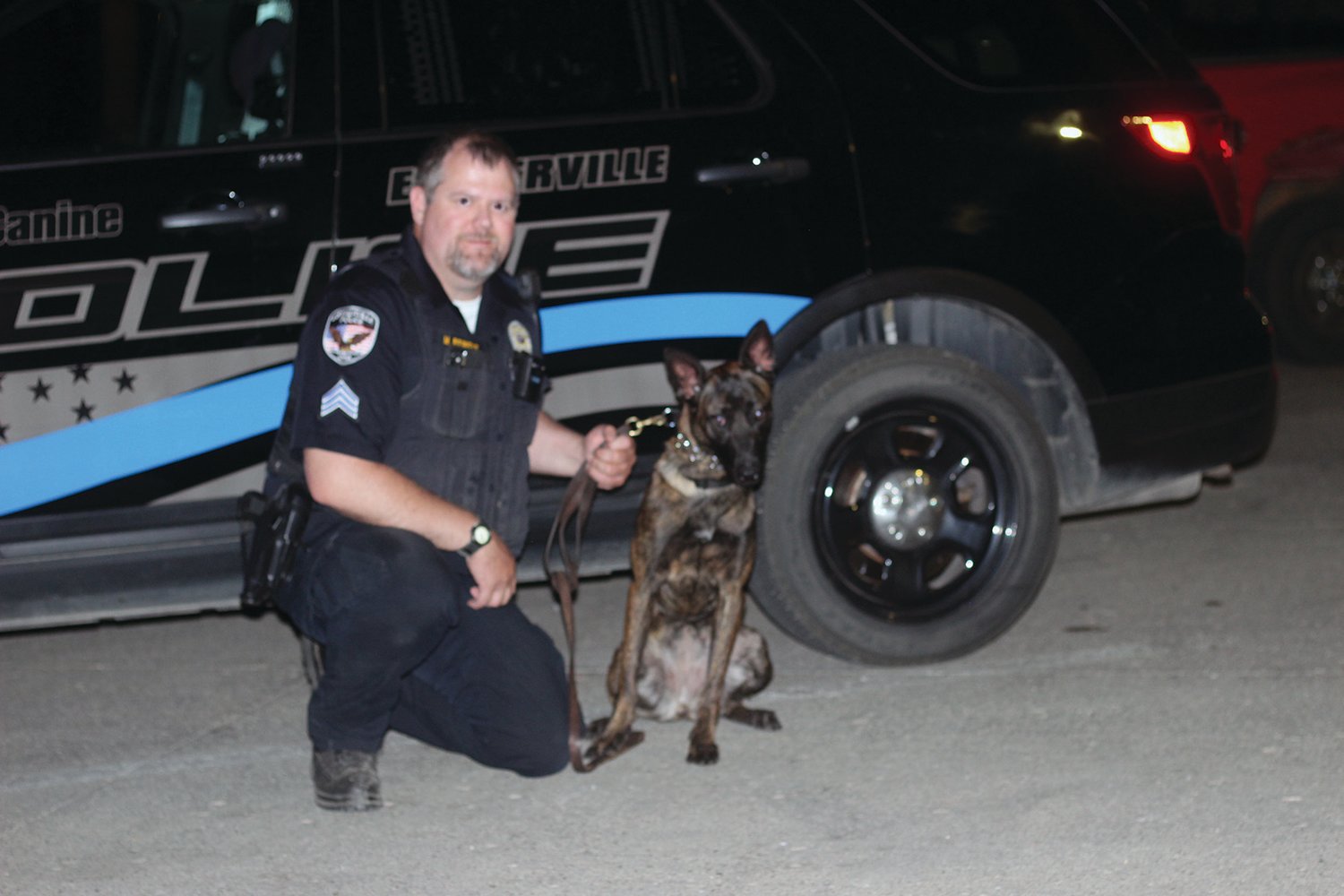 The Estherville Police Department has welcomed Pepper, a one-year-old Dutch Shepherd to the police force, but residents won’t see her out sniffing or tracking just yet.

“Pepper has had introductory training in identifying illegal narcotics and tracking, and that’s just about it. Later on, she will have additional training in apprehension,” Sgt. Matt Reineke said.

Sgt. Reineke will be conducting the training in Estherville with Pepper to save the department money. Pepper was purchased for $7,800 by the Estherville Police Department. If the department was to purchase Pepper fully trained, it would have cost over $14,000.

Reineke has been the K9 handler for the EPD since he joined the department over 20 years ago. At that time, Cyber was the K9 officer and welcomed Matt to police service in Estherville. Cyber was followed by three K9s named Max, the most recent of whom died unexpectedly after just 18 months of service.

Reineke said although the past week has been one of bonding with Pepper, it generally takes about three months to really have that human/dog bond of, “You help me, I’ll help you.”

Pepper eats regular dog kibble and requires no special diet. Friday night, she relaxed while Sgt. Reineke was on duty and upon stepping outside, it was clear that she really liked her yellow ball.

“She needs to mature, develop a stronger mind. Pepper will be certified next month in illegal narcotics, tracking and evidence recovery, and begin working the streets. Pepper will become fully trained in apprehension in about three months,” Reineke said.

The department raised $10,129 last week toward the $20,000 goal for acquiring and training Pepper, canine training equipment, and also toward a new police department drone.

The more compact drone for the police department will allow police to respond to a scene quickly by keeping the drone in a department vehicle and, Reineke said, “popping it up at the scene as soon as officers can respond.”

The smaller drone will help with missing children and adults, fleeing suspects, finding evidence, and locating a person if they have gone into the river among other functions, Reineke said.

The cost of the new drone is about $7,000. Interested donors may drop a donation off at the Law Enforcement Center or mail a check to the Estherville Police Department, 114 N. 6th St., Estherville, IA 51334.