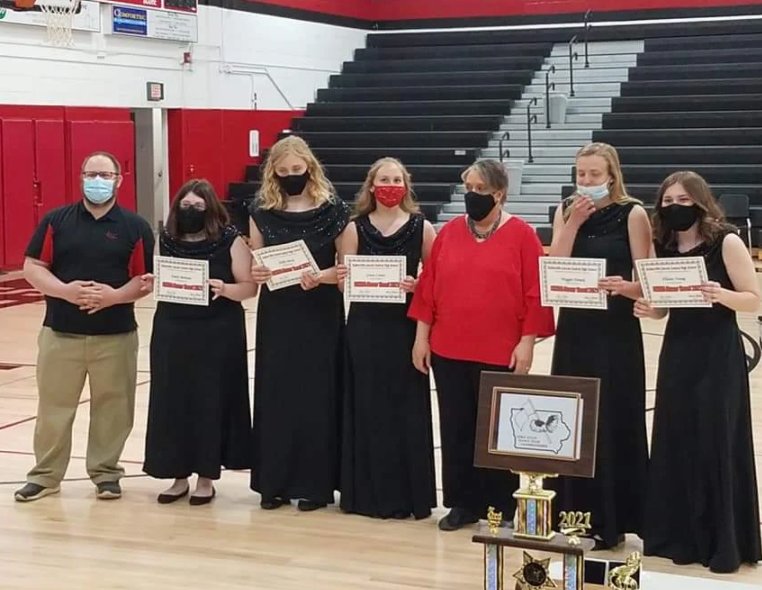 These students were accepted as members of the 2021 NCIBA Honor Band. 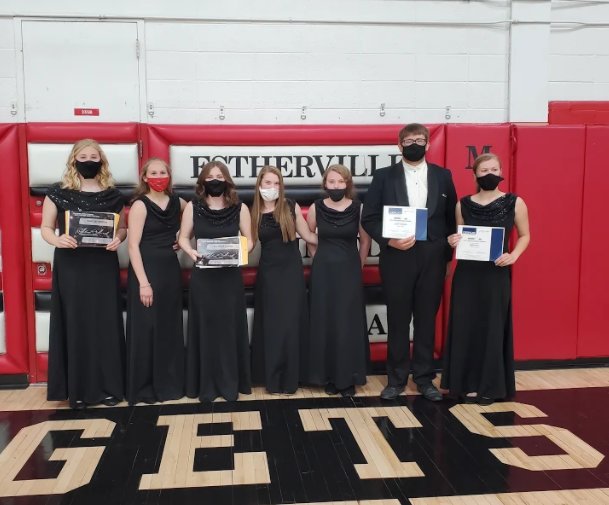 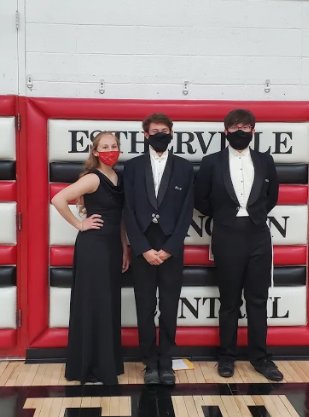 These students were awarded the Most Outstanding Underclassmen awards for band. 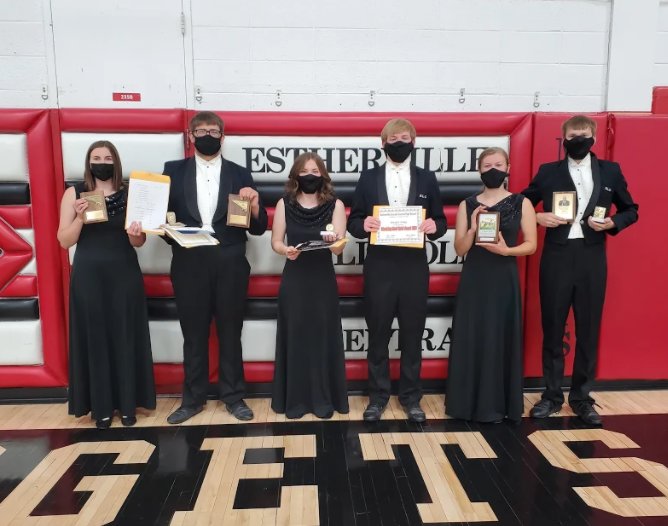 The ELC music department presented a concert and awards ceremony May 11 to honor graduating seniors, members of honor bands and choir, the large group superior ratings at contest, outstanding soloist awards, and the color guard.

The concert also highlighted the new band shell the ELC Patrons of the Fine Arts purchased through fundraising, replacing the chocolate brown set said to be from ancient of days, or at least a half century.