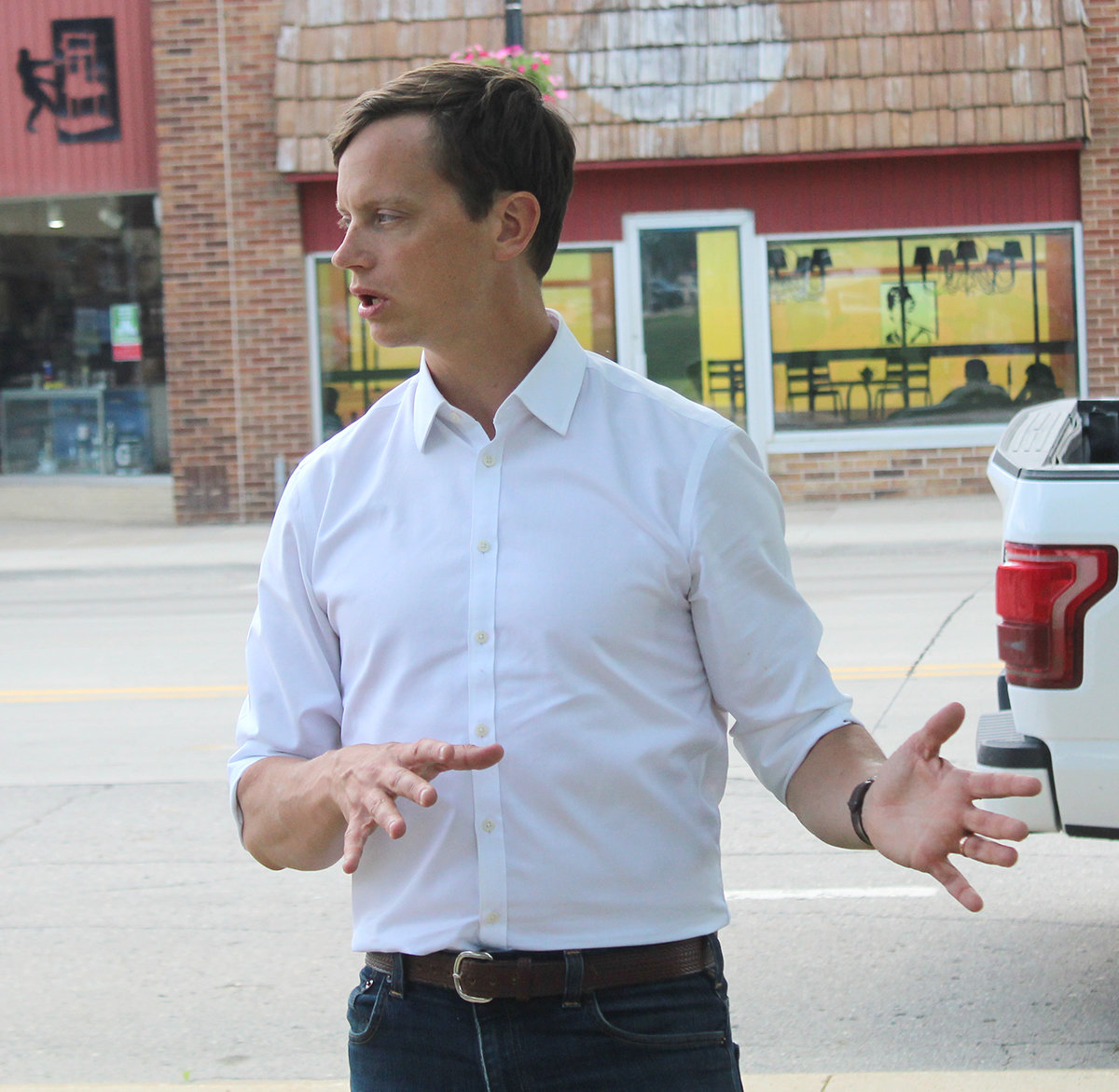 When Sand ran for office in 2018, he faced skeptics who were upset because he is not a CPA. Sand was an assistant attorney general for the state, and said electing him would awaken the watchdog and hold state officials accountable. “We have 25 CPAs in the office. They do a great job,” Sand said.

As with many Iowa officials, Sand is setting off on a 99-county tour of the state, as the auditor.

Sand discussed his win before the Iowa Supreme Court when it sided with the auditor’s office over a disputed subpoena request from the University of Iowa. Sand sought information on secret investors and other information from the university over its plans to partner with a private collaboration, which was set to be one of the largest financial transactions in Iowa History. The investors paid the university up front over $1 billion for the promise of 50 years of guaranteed income.

Closer to home, Sand explained his PIE Checklist, which stands for Public Innovations and Efficiencies. He praised the city of Estherville and Emmet County for registering for PIE in 2021, and discussed the pieces of the pie (specific actions to take to increase efficiency in government), and pie recipes (stories of how other government entities have successfully taken action).

Sand said he pushed for efficiencies in order to protect taxpayers. In response, he’s experienced both positive changes and pushback.

Sand said he is not a partisan. “I first ran for office as an independent. I’m not interested in political parties, I’m interested in people who care about what’s happening in our state.”

Sand said the auditor’s office is not his office, it belongs to the people, and he is the 33rd person to occupy the office.

Sand is up for re-election in 2022, and it’s been reported that he may challenge Gov. Kim Reynolds. The visit to Estherville was in his capacity as auditor, however, and was not a campaign stop.

The PIE efficiency checklist can be found at http://auditor.iowa.gov/pie